Henry Asencio is an award-winning Contemporary Abstract Naturalist American Painter, whose style combines realism with abstract painting techniques. He was the Gold and Silver Medal Winner of the Amsterdam Art Competition and he has been honored as Today’s Top Artist by Art Business News. His work has been exhibited at the LA Pomona Latin Museum, The Triton Museum, The Glass Kat, The Mayan, and various art expos in New York. Asencio’s live painting has been broadcast on NBC, CBS, Fox News, MTV, E!. 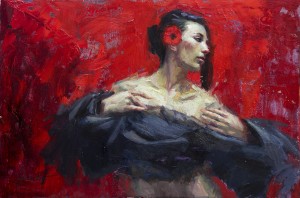 Merging introspection and visual spectacle, Asencio’s personal investigations of the ﬁgure and abstraction possess the power to transform today’s ideals of elegance and sensuality. His open brushwork, sweeping colors, use of texture, and precise drawing have vastly become the artist’s hallmark in creating the excitement of his masterful works of art. Symbolic of the approach to his art, the mystique of the female form builds the structure of each new painting. Asencio’s use of color sets the mood and a fury of texture creates an urgency to elicit heartfelt emotion.

Asencio is inspired by feminine beauty, life, experience, and nature. Abstraction of subconscious thought and reality entwine to tell the artist’s story. Freedom from responsibility and protection from the negative forces that can hold one captive became escapism for the artist and the viewers. It is the ultimate intention in his evocative work of art. Asencio’s art has been described as “Abstract Naturalism” and his work is strongly inﬂuenced by Lucien Freud, Willem de Kooning, Pablo Picasso, and Gustav Klimt. 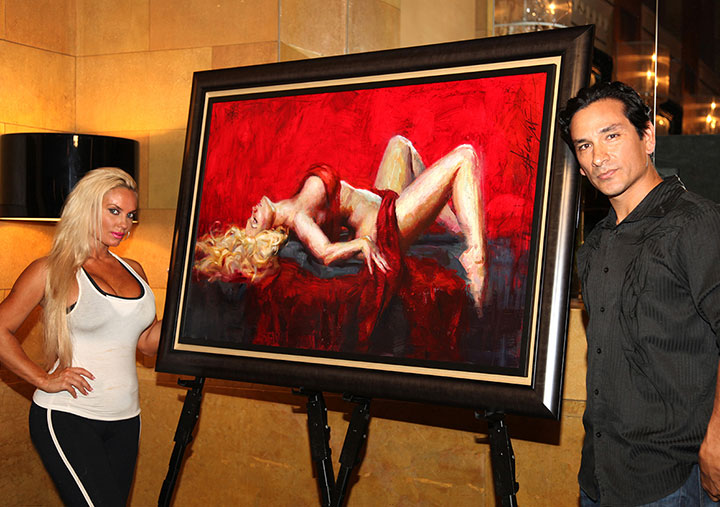 Asencio is the official American Heart Association artist and he was commissioned in 2013 for its Red Campaign annual fundraising. He has supported various other charities, including Boys and Girls Club, The Health Trust for AIDS campaign, Tim Watts Scholarship, and breast cancer awareness campaign. His work has been presented in sold out touring exhibitions in Dusseldorf, London, Hawaii, Atlanta, Washington, and at Sundance Film Festival in Park City, Utah. His original oil paintings on canvas can be found in ﬁne art galleries throughout California, New York, and Florida.